The World Trade Organization (WTO) highlighted food security risks in several countries as a result of the war between Russia and Ukraine.

Globally, food prices in US dollars have risen sharply because the Russian Federation and Ukraine are the main suppliers of grain and fertilizers.

The WTO indicates that this makes food security a concern in many countries, especially low-income countries, which tend to spend a large share of their income on food.

Many currencies have also fallen against the dollar in recent months, making food and fuel even more expensive in local currency terms. 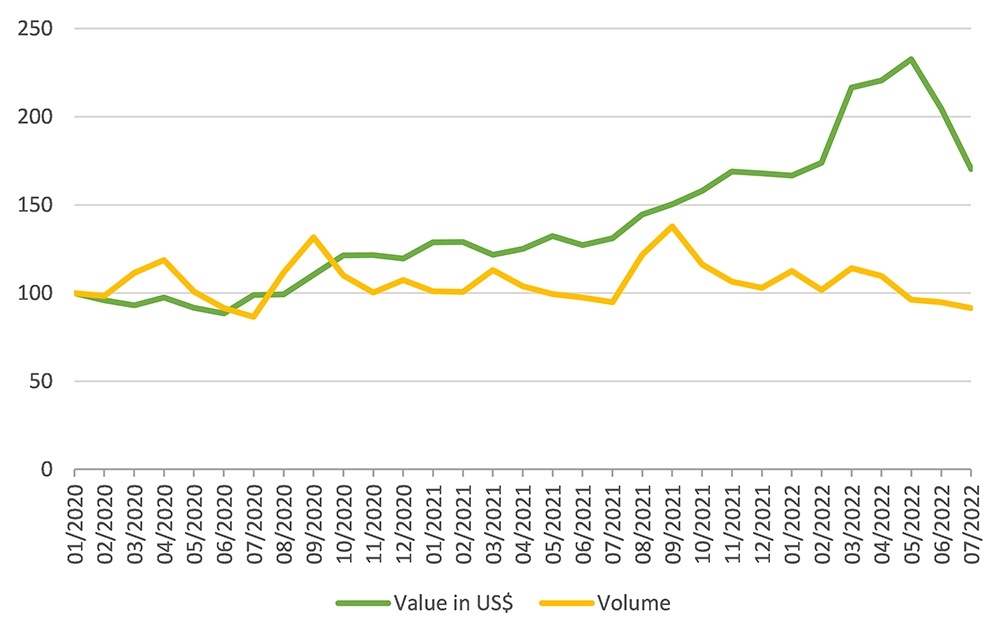 World grain prices were up 15 percent year-on-year in August, with wheat alone up 18 percent.

This is an improvement over April, when grains were up 33 percent and wheat 76 percent.

More worrying for the future are fertilizer prices, which rose 60 percent year-on-year in August, after almost tripling since 2020.

In the WTO’s view, reduced imports and fertilizer use could reduce crop yields and increase food insecurity next year.

While the grain supply situation may not be as dire as some feared at the start of the Ukraine war, it remains a cause for concern.

In July, the volume of wheat traded was down almost 20% compared to March, but only 4% year-on-year.

Underlying data suggest that some countries have responded to higher prices by reducing consumption and imports.