African international trade in goods and services has represented on average about 3% of world exports and imports.

In 2019, African countries recorded exports of $ 462 billion and imports of $ 569 billion in international merchandise trade.

This represented a 3% drop on average compared to 2018.

Between 2005 and 2019, Africa‘s commercial services exports nearly doubled in value.

However, this image is incomplete; the continent’s exports are dominated by one region.

North Africa has accounted for about a third of all Africa’s trade in goods and services, despite comprising only five of the continent’s 55 countries.

But the share of exports contributed by sub-Saharan Africa has risen steadily, accounting for 70% of all African exports of goods and services.

The WTO has made extensive and diverse efforts to support the development of trade in Africa over the past 10 years.

For example, the members of the WTO, through the different bodies that make up the organization, and the WTO Secretariat have implemented a wide range of agreements, decisions and technical assistance programs, ranging from trade facilitation to public procurement regulations. 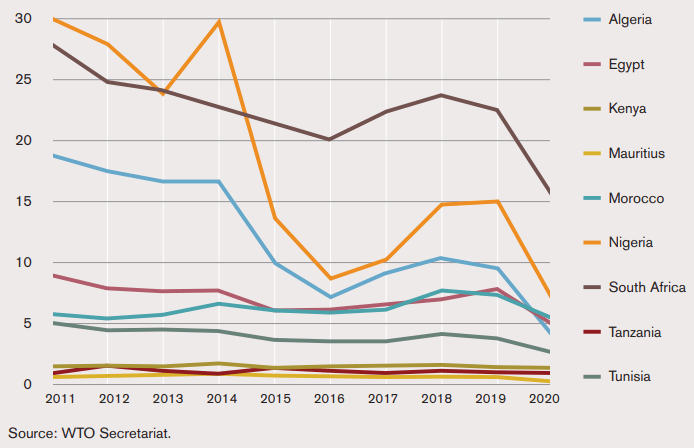 Through technical assistance programs and support for economic diversification and industrialization on the African continent, the WTO has helped promote economic transformation.

The WTO has supported the development of international trade in Africa through its leadership in Aid for Trade.

Since the initiative’s launch in 2006, donors have disbursed $ 451 billion in official development assistance to help developing countries build trade capacity and infrastructure.