The Canadian company First Majestic reported that it plans to invest US $ 46.3 million in a mine in Mexico during 2020.

These capital expenditures will go towards expansion projects in Santa Elena, including the implementation of autogenous grinding (AG / SAG); exploration work and project development, continuing exploration drilling at Ermitaño West, preparing access to the mine and conducting pre-feasibility studies to move the project into production.

(millions of US dollars)

The Santa Elena mine is located in the state of Sonora, Mexico, approximately 150 kilometers northeast of the state capital of Hermosillo and seven kilometers east of the community of Banámichi.

Additionally, Santa Elena is an underground (and formerly open pit) gold and silver mine that the company acquired in 2015.

The Santa Elena mine has a purchase agreement with Sandstorm Gold Ltd., which requires First Majestic to sell 20% of its gold production over the life of the mine from its leach pad and a designated area of ​​its underground mining operations. the Santa Elena Properties, which excludes the Ermitaño, Cumobabi, El Gachi and Hernández properties.

The Santa Elena concessions are located on ejido land (community or cooperative), and on November 12, 2007, a lease agreement was signed with the landowners that allows access and authorization by First Majestic to complete the activities of exploration and mining for 20 years for a maximum of 841 hectares of land area. 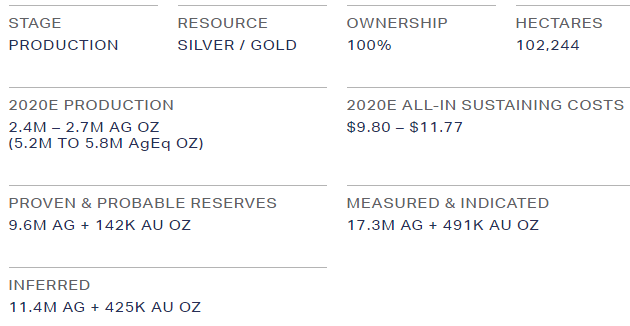 The company‘s leasing obligations have been met to date. Surface rights are sufficient to support operations, including processing plant facilities, tailings storage, and other mining operations requirements.