FEMSA sold 478,513 refrigerators last year, 28% of which were sold to Coca-Cola FEMSA and the rest to other clients.

The company’s refrigeration business manufactures vertical and horizontal commercial refrigerators for the soft drink, beer and food industries, with an annual capacity of 568,785 units as of December 31, 2019.

Its 2020 capital spending budget for Other Businesses is expected to total $ 103 million and will be allocated to its auxiliary logistics and refrigeration businesses. 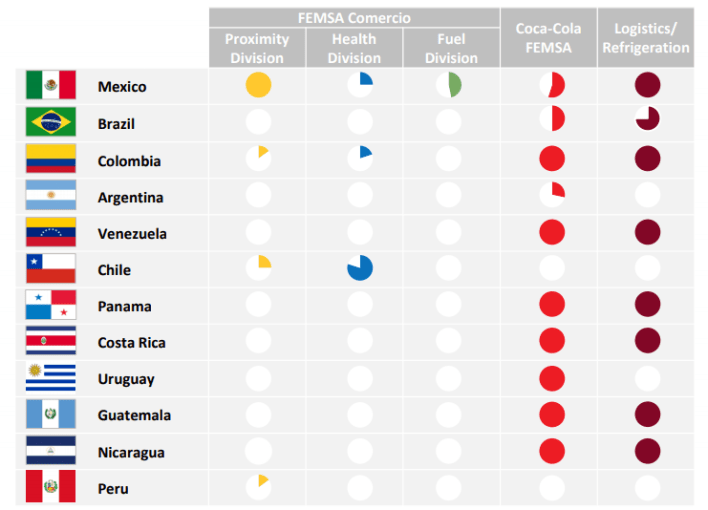 Contributions received by Coca-Cola FEMSA for advertising and promotional incentives are recognized as a reduction in selling expenses and contributions received for the investment program in refrigeration equipment and returnable bottles are recorded as a reduction in the carrying amount of refrigeration equipment and returnable bottle items.

The company participates in the following businesses:

Above all, in the beverage industry, through Coca-Cola FEMSA, the world’s largest franchise bottler of Coca-Cola products by volume.

In the beer industry, through Heineken Investment, which is the second largest shareholding in Heineken, one of the world’s leading brewers with operations in more than 70 countries.

Finally, in other auxiliary businesses, through its Other Businesses (as defined below), which include logistics services, specialized distribution, refrigeration at points of sale, food processing equipment and plastic solutions.