During the first quarter of 2020, the COVID-19 virus spread worldwide and was declared a pandemic by the World Health Organization on March 11, 2020.

In response, many governments imposed travel bans, quarantines, and other public safety emergency measures. For example, governments have imposed restrictions on travel and the movement and gathering of people, as well as restrictions on economic activity. As of May 5, 2020, many of these measures are still in effect. 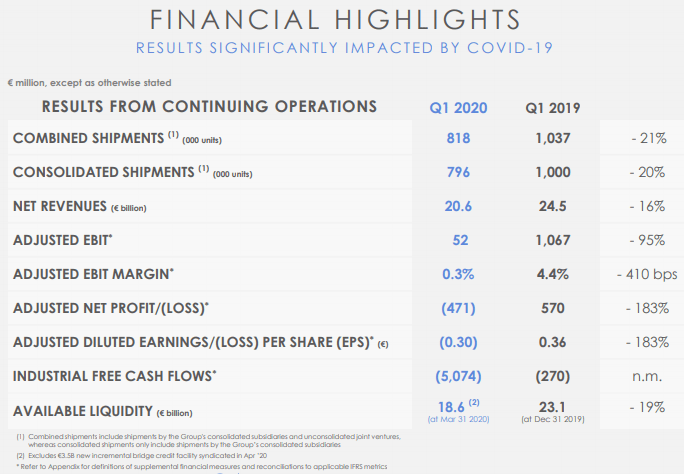 In particular, FCA implemented a temporary suspension of production at all its facilities, starting with China on January 23; Italy since March 11; Maserati from March 12; in North America progressively from March 18; and in Latin America on March 23.

The company also implemented remote work agreements, where feasible, in all regions, in various stages during the first quarter, and has restricted national and international business travel since the end of February.

These agreements are structured to ensure the continuation of critical activities, which include, among others, the proper functioning of its internal controls and financial reporting systems and processes.

FCA has worked closely with all relevant stakeholders, including unions and dealership representatives, to develop and implement plans to restart vehicle production and sales once governments in various jurisdictions allow, including the development of improved disinfection and health and safety procedures.

On February 19 and February 24, 2020, production resumed at its GAC Fiat Chrysler Automobiles Co. plants in Guangzhou and Changsha, China, respectively. 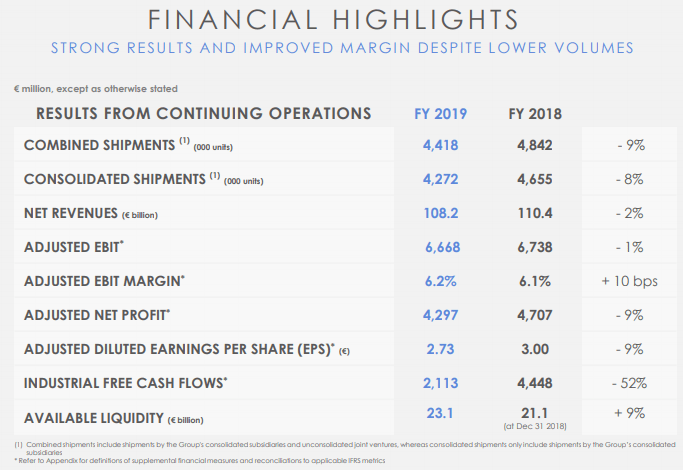 Then on April 27, 2020, production restarted at its Sevel joint venture plant in Atessa, Italy.

Production in other regions will take place gradually over a period of time and will align with consumer demand.

Mexico records record trade surplus with the US