Electric car exports more than doubled during this period.

For their part, electric cars reached a share of 4% (compared to 2%), according to data from the World Trade Organization (WTO).

By comparison, trade in all passenger cars decreased 1% in 2019.

Regarding electric car exports, the main external sellers were the European Union (52.2% share), the United States (30.7%) and the Republic of Korea (9.2%).

Conversely, the top importers of hybrid cars in 2019 were the European Union (44% share of global imports), followed by the United States (23%) and China (9%). 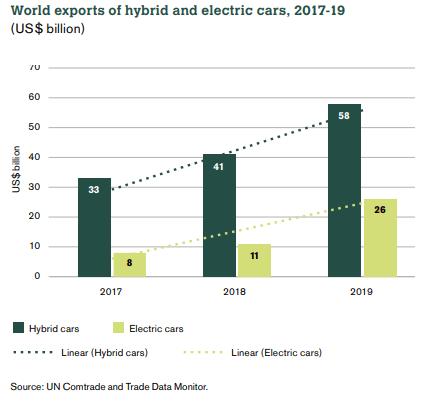