With this, Canada registered a deficit of 36,200 million dollars in its trade balance with the world in 2020.

By comparison, during the last great economic recession, in 2009, annual merchandise exports fell 24.6% and imports 15.7%.

Although Canadian exports have diversified over time, commodities remain a significant part of their foreign sales.

The Covid-19 pandemic has caused the deepest and fastest recession globally since the Great Depression.

At the national level, the recovery has been uneven and partial, as certain sectors continue to be disproportionately affected by public health restrictions and lower demand due to Covid-19, including hotels, travel, entertainment and restaurants.

Extraordinary measures taken by the Government of Canada continue to support struggling households and businesses, providing income support and access to credit.

However, high levels of indebtedness between households and companies represent a key downside risk for the economy. 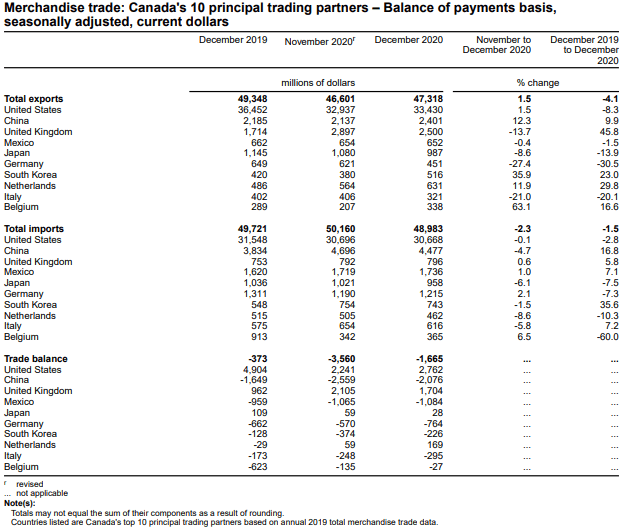 More than two-thirds of Canada’s population lives in metropolitan areas, of which Toronto, Montreal, and Vancouver are the largest.

Most of Canada’s population lives within 200 kilometers of the United States border.