From around the world, US imports of products totaled $ 1.336.62 billion in the first half of the year.

At $ 222 billion, the United States was the world’s largest merchandise importer in 2020, followed by China ($ 204 billion) and the European Union ($ 177 billion, only extra-regional imports), according to the World Trade Organization (WTO).

Competition for this huge market is fierce, says a report by ECLAC. Canada signed a free trade agreement with the United States in 1988, and Mexico joined both when it signed the North American Free Trade Agreement (NAFTA) in 1994.

This regional trade agreement (RTA) was not an isolated event: the European Union was established in 1993 under the Maastricht Treaty, and the ASEAN Free Trade Area (AFTA) started in 1992 through the Common Effective Preferential Tariff (CEPT). 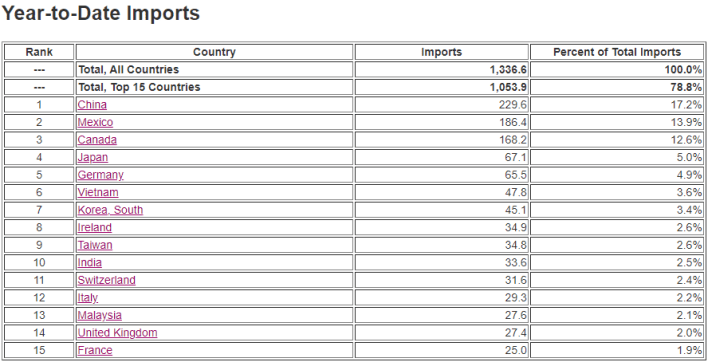 Thanks to the creation of preferential trade, it was expected that the establishment of these RTAs would change the geography of trade flows, and that intraregional trade would take place in greater proportions.

But RTAs could also involve trade diversion and crowd out third-party exports. In fact, the first attempt to design a Constant Market Share (CMS) analytical tool at ECLAC responded to concerns about possible trade distortions that could result from NAFTA between Mexico, Canada and the United States to other countries, especially the subregions of Central America and the Caribbean.