The European Union continues to regulate its exports of certain products in accordance with its regulations on export control of dual-use products.

In parallel, the European Union introduced export authorization measures that prohibit the external sale of personal protective equipment (such as masks, goggles, and clothing) from that trading bloc without prior regulatory approval, in the context of COVID-19.

In 2013, the European Commission launched a procedure to examine the export control regime, which led to a legislative proposal in 2016 to improve the existing rules to meet new challenges.

The approach taken by the Commission in its proposal was to modernize and improve the existing framework, with a particular focus on cyber surveillance technologies and human rights issues. 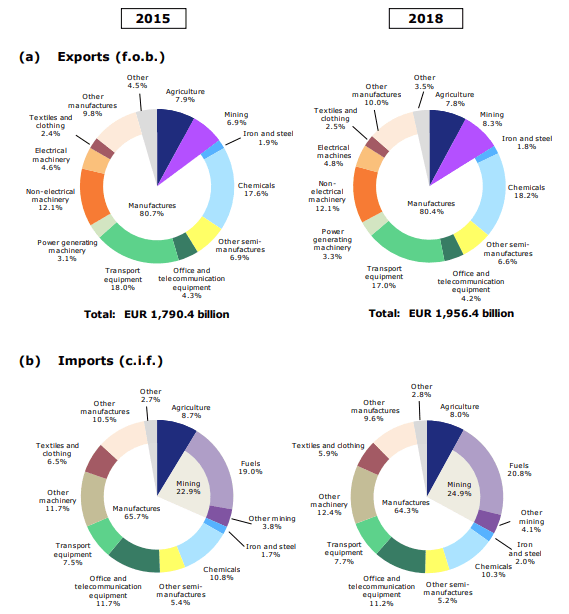 Specifically, it foresees the need to require an authorization to export certain cyber surveillance technologies, including those that are exported electronically; the modernization of the current control provisions, among others those related to intangible technology transfers; the fight against illegal trade through certain controls, including an anti-circumvention clause; harmonization of licensing procedures; and improving transparency and disclosure.

The European Parliament adopted its position on the proposal in January 2018, and the European Council agreed on its position in June 2019, so tripartite dialogues are currently being held with a view to finalizing the legislative process and agreeing on a new regulation.

The European Commission has established that when its Member States impose restrictions on the transport of goods and passengers for reasons of public health, it should be done only if those restrictions are transparent, that is, enshrined in public declarations or documents.

They must also be properly motivated, that is, they need to explain the reasons and the link to COVID-19, in addition to that the justifications must be scientifically based and supported by the recommendations of the World Health Organization (WHO) and the Center European for Disease Prevention (ECDC).

Other considerations are that the restrictions must be proportional (not go beyond what is strictly necessary); relevant and mode-specific, that is, restrictions on any of the different modes of transport must be tailored to that mode.

Since 2009, the regulation in question and its amendments apply controls to products identified in various international instruments, such as the Wassenaar Agreement, the Missile Technology Control Regime (RCTM), the Nuclear Suppliers Group (GSN), the Australia Group, Resolution 1540 of the United Nations Security Council, the Treaty on the Non-Proliferation of Nuclear Weapons, the Convention on Biological Weapons and the Convention on Chemical Weapons.

The Regulation establishes customs procedures, control measures and other provisions; the products covered appear in its annexes. According to the Commission’s estimates, in 2017 exports of controlled dual-use products represented about 2.3% of total exports from the European Union.

Coca-Cola FEMSA estimates investments of US $ 648 million in 2020

COVID-19 restricts 96% of tourism destinations in the world