Diageo makes environmental improvements, particularly with regard to water at alcoholic beverage production plants in Brazil and Mexico.

On the one hand, in Brazil it is building a new plant in the state of Ceará, which will bring together the production of two existing sites. It will use solar energy and water and effluent treatment facilities to reduce water consumption in beverage production by up to 40 percent.

On the other hand, in Mexico, Diageo plans to reuse more than 25% of the water involved in production. This year it completed the expansion of its production site in Jalisco, Mexico, which includes its largest water treatment plant in the region and a boiler that runs on wood chips and bagasse, a by-product of agave.

Diageo and its programs

The company reported net sales of 11.752 million pounds in the 12 months ended June 30, a year-on-year decrease of 8.7 percent.

Diageo has worked to promote positive alcohol use, especially in reducing drunk driving through its partnership with the United Nations Institute for Training and Research (UNITAR).

In Brazil, the company works with UNITAR and other stakeholders to support UNITAR’s programs to promote road safety.

In the Dominican Republic, it works with UNITAR, the International Alliance for Responsible Consumption, and other industry partners to assist the government with its breathalyzer program, including through training and donation of equipment for checkpoints. 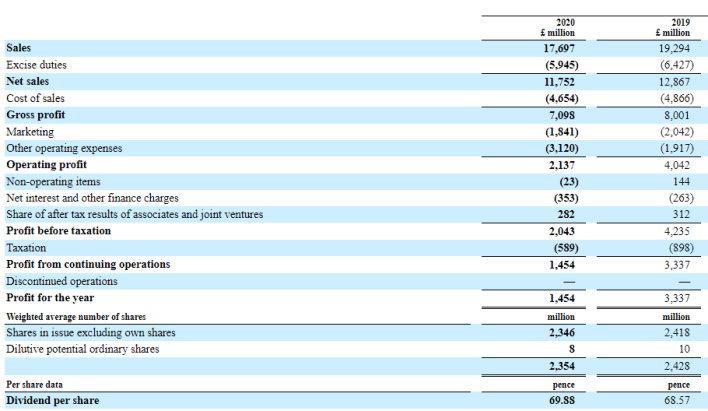 Additionally, Diageo is focused on reducing underage drinking through local adaptations of its “Smashed” theater program. This year in Brazil it reached 80,000 young people through live and online versions of “Fala Sério”; in Peru it reached 4,700 second-year students from “La Bomba”; in Colombia it reached more than 13,000 students with “Shake yourself”; and in Mexico it included 5,200 teachers, parents and children from 7 to 9 years of age with the “Teiquirisi Club”.

Diageo’s Learning for Life programs continue to promote skills in the hospitality industry. This year, she started a new 100% online training program in business skills for women in Atotonilco, Mexico, where Don Julio produces.

She also supports “Weaving the Future” in Ceará, Brazil, for women in prison, reaching more than 40 women so far. Through the program they receive personal skills training, as well as technical and professional training in carnauba straw crafts, to help them prepare for a better life when they are released.