The Indonesian government has increased the number of companies offering special benefits at customs.

Above all, the Customs Main/Prominent Partners (MITA) program, which dates back to 2002, is still in effect; its regulatory framework was last updated in 2017.

Participating companies continue to benefit from special customs services, including:

In accordance with article 3 of DGCE Regulation No. PER-11/BC/2017, beneficiaries must meet some requirements, including: a good reputation for compliance with respect to their import and / or export activities during the last six months; and without delays in customs, special and/or tax obligations related to imports.

Since 2013, in line with its WTO trade facilitation commitments, Indonesia has undertaken several initiatives including: acceptance of the WTO Agreement on Trade Facilitation (TFA); the launch of the Authorized Economic Operator (AEO) program; the Post-Border Import Supervision Policy; participation in the ASEAN single window; and the integration of the Indonesian Single Risk Management within the Indonesian National Single Window platform.

Indonesia ratified the TFA on December 5, 2017 and took advantage of the flexibilities for developing countries in Section II, which allows self-designation of capacity building needs and implementation dates. Indonesia notified the four transparency provisions of Section I of Category A, and its Category B commitments should be implemented by February 22, 2022.

As of February 2020, Indonesia had achieved an implementation rate of 88.7% relative to Category A.1 commitments. of the WTO customs agreement. 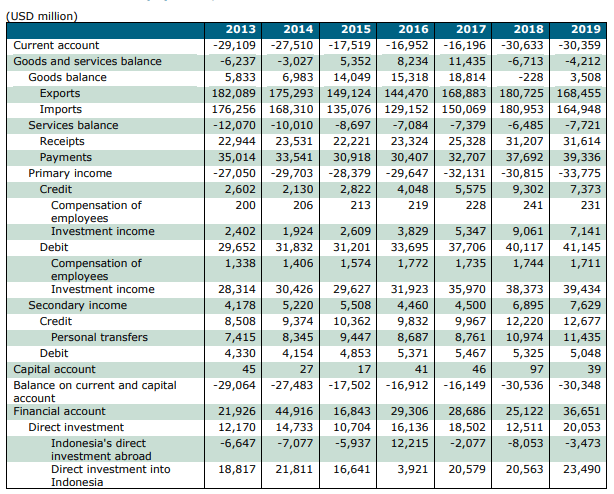