In competitiveness of Peru, its best progress was in the current account balance and its biggest fall was in the Gross Domestic Product (GDP) per capita, according to the 2021 World Competitiveness Classification.

As part of the document, prepared by the Institute for Management Development (IMD, for its acronym in English), based in Switzerland, the 15 indicators are ranked in which the country had its greatest improvements and its main decreases, in both cases versus 2020 ranking.

Thus, evolution is determined by the largest percentage changes in the value of each criterion from one yearbook to the next.

In descending order, the improvements in Peru’s Competitiveness were as follows:

While the falls were in: 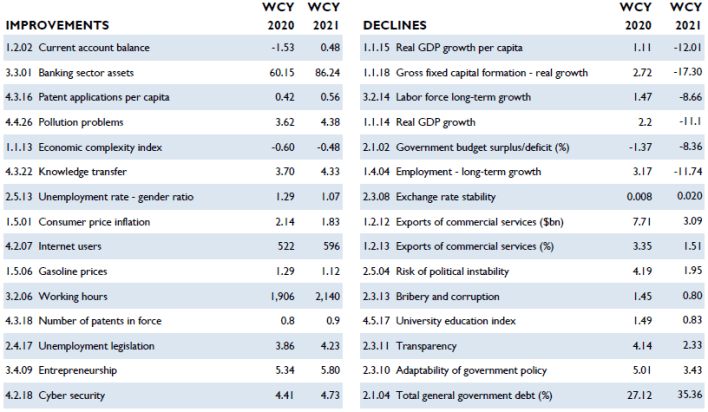 Among the challenges of Peru, according to the IMD are: