The Coca-Cola FEMSA company filed two appeals related to regulations on PET and labeling in Mexico.

In March 2020, the Mexican government modified the existing Official Mexican Standard (NOM-051), which regulates the labeling of prepackaged foods and non-alcoholic beverages (Products), to introduce a new labeling system for Products sold in Mexico.

The amended regulation establishes that the nutritional information labels of the Products must include protein, sugar, added sugar, sodium, saturated fat and other fat content per 100 grams or 100 milliliters.

Nutritional information labels must also include complementary nutritional information through octagonal seals, which will be applied to Products that exceed the parameters of NOM-051 in terms of recommended content of sugar, calories, sodium, saturated fat and other fats, as well as warnings for Products containing caffeine or non-caloric sweeteners.

According to the amended NOM-051, the entire Coca-Cola FEMSA portfolio (except water) must comply with the new labeling guidelines before October 1, 2020, although it is allowed that the Products labeled in accordance with the NOM -051 pre-amended remain on the market until November 30, 2020.

Coca-Cola FEMSA is currently implementing the necessary measures to comply with the new NOM-051 in the required period, including with regard to the capacity of its suppliers of containers and packaging, among other technical difficulties. 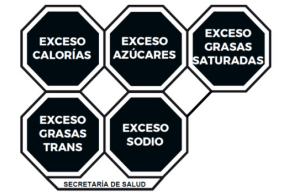 Additionally, the company has filed an appeal against the amended NOM-051, which is still pending resolution.

On the other hand, in June 2019, the government of the State of Oaxaca, Mexico amended the Law for the Prevention and Integral Management of Solid Waste to prohibit the use, sale and distribution of single-use PET, water bottles and all the other drinks in the state of Oaxaca.

As a result, on July 30, 2019, two of Coca-Cola FEMSA’s Mexican subsidiaries filed an amparo appeal against the amended law in order to obtain a precautionary measure, which was denied.

The process continues and is pending resolution, while Coca-Cola FEMSA remains on hold.