The Circuito Exterior Mexiquense contributed 65.8% of the toll fees of the Aleatica company in 2020.

This highway generated revenues for Aleatica of 3,949 million pesos for this concept.

Since its constitution, Aleatica has devoted itself almost exclusively to the development, construction and operation of highways under the concession programs established by the Federal Government, the State of Mexico, Mexico City and the State of Puebla, in Mexico.

In addition, the company participates in a joint venture, in which it is the holder of the concession for the Toluca International Airport, in the State of Mexico.

Currently, a substantial part of Aleatica’s consolidated income has come from the concession for the Circuito Exterior Mexiquense, which during the year ended December 31, 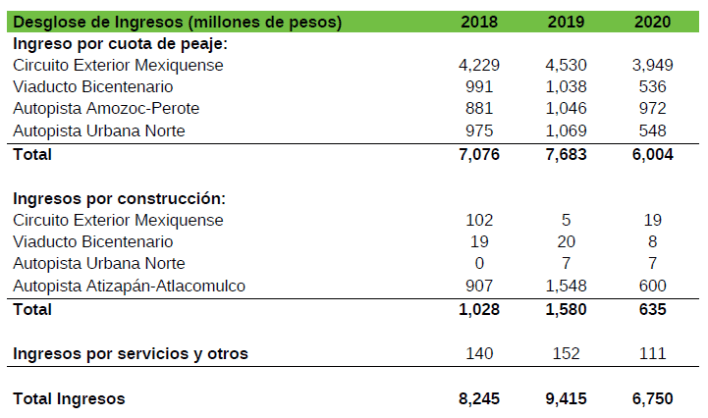 Aleatica has a 51.00% stake in the capital stock of CONMEX, which is the owner of the Circuito Exterior Mexiquense.

The highway crosses through 19 municipalities of the State of Mexico in which 44% of the population of the State is concentrated (7 million 126,828 people), and interconnects the most densely populated areas of the metropolitan area of ​​Mexico City and several shopping centers and key industrial companies located in the north of the city.

Likewise, it constitutes a bypass route from the north to the west of the Valley of Mexico.

In February 2003, the Government of the State of Mexico, through the SCEM, granted the subsidiary CONMEX a 30-year concession to build, operate, exploit, conserve and maintain a toll highway system known as Sistema Carretero del Oriente del Estado de México, or Circuito Exterior Mexiquense, with a total length of approximately 155 km.

The Concession was strategically conceptualized to serve the large volumes of traffic that characterize the metropolitan area of ​​Mexico City and the State of Mexico.

These two entities together represent 21% of Mexico’s population, 25% of Mexico’s GDP, and 28% of the total number of registered motor vehicles in the country. 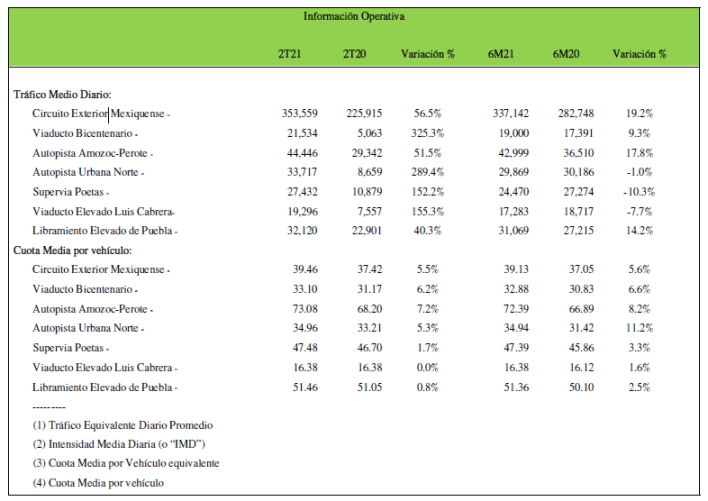 The company plans to invest 22,320 million pesos in the short term to complete the construction of the Atizapán-Atlacomulco highway and develop the work that will connect the Circuito Exterior Mexiquense with the Felipe Ángeles International Airport (AIFA).