Chile‘s imports grew 73% year-on-year in August, at a maximum level since October 2012, the Central Bank of Chile reported.

More than anything, this rise was due to the increase (88.3%) of incoming shipments of intermediate goods, to 4.403 million dollars.

Chile’s imports and the economy

During 2020, the Chilean GDP contracted 5.8% compared to 2019, mainly due to the effect of the measures implemented to prevent the spread of Covid-19 in the manufacturing and services sectors. 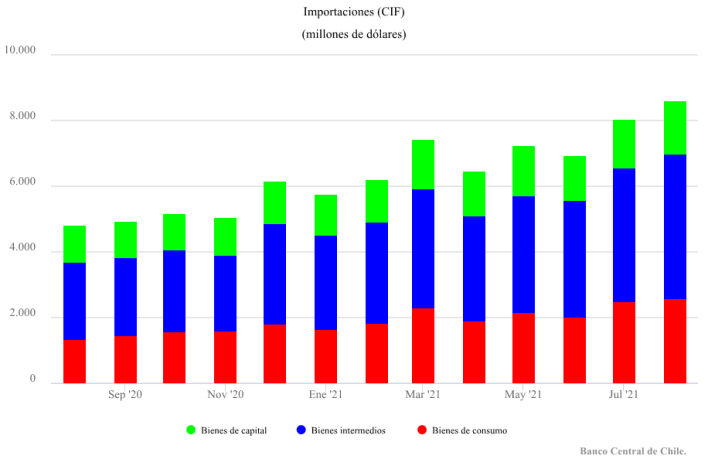 Regarding external sales of mining products, these rose 40.2%, to 4.834 million dollars.

The main products that contributed to the increase in exports were copper concentrates, refined copper cathodes and copper for refining, with increases of 2,978 million, 1,665 million and 332 million dollars, respectively.

In imports, the increase in crude oil stood out, of 817 million dollars, followed by automobiles and gas oil and diesel oil (Diesel oil) with increases of 765 million and 319 million, respectively.