Mexico‘s Federal Electricity Commission (CFE) reported that it recorded a year-on-year increase of 8.1% in its total revenues during the third quarter of 2022, to Ps. 470.428 billion.

But CFE reported that in the first nine months of the current year it had net losses of 50,719 million pesos. 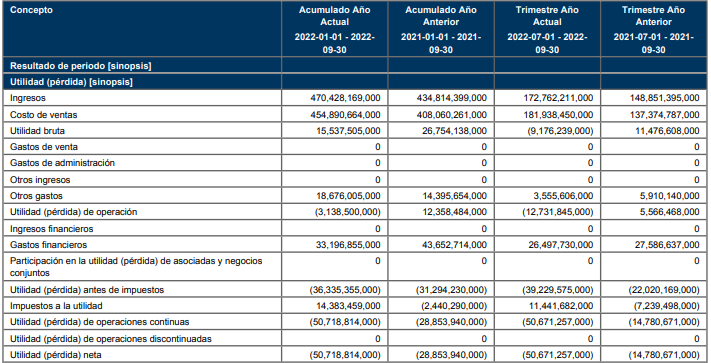 However, the CFE may award contracts to private companies to build, expand and maintain the infrastructure.

These contracts are awarded through competitive bidding and are subject to a national content requirement.

The private sector and the CFE participate in the generation and commercialization (supply) of electricity.

To generate and commercialize electricity, a permit from the Energy Regulatory Commission (CRE) is required.

However, the CFE is the only entity that has permission to commercialize electricity for basic users.

The Electricity Industry Law prohibits vertical and horizontal integration; this provision applies to both CFE and private companies in the sector.

In 2016, CFE’s activities were separated, creating several subsidiaries (6 for generation, 1 for transmission, 1 for distribution and 2 for supply).

Then, in 2019, the provisions regarding the restructuring of CFE’s activities were modified to reduce costs and improve management.