On the one hand, its tax incentives consist of income tax breaks and dividend tax withholdings for its subsidiaries in Thailand and Laos. 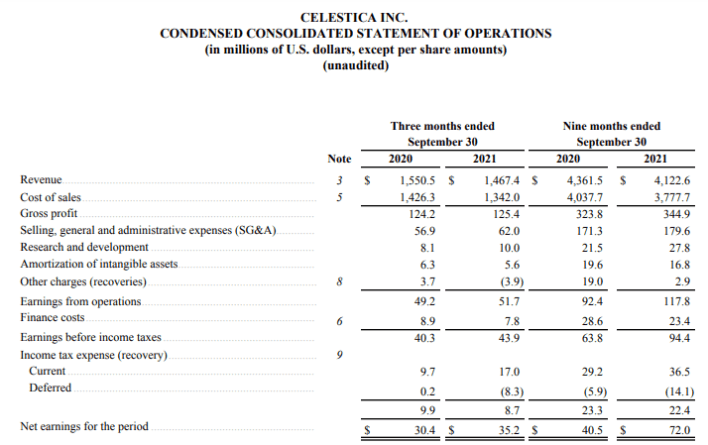 Meanwhile, the second incentive allows a 100% income tax exemption (including distribution taxes) for eight years and expires in 2028.

After each incentive fully expires, the taxable earnings associated with those incentives become fully taxable.

During 2020 and through the third quarter of 2021, Celestica successfully transitioned a portion of its business in Thailand under recently expired incentives to its remaining two incentives.

The remainder of the transition is currently anticipated to be completed during the fourth quarter of 2021.

On the other hand, its tax incentive in Laos allows a 100% income tax exemption (including taxes on distribution) until 2025, and a reduced income tax rate thereafter.

So Celestica’s tax expense could increase significantly if certain tax incentives from which it benefits are removed.

In another case, the company received approval from the Malaysian authorities in the fourth quarter of 2020 for an income tax incentive for one of its Malaysian subsidiaries, which provides for an income tax exemption of 50% for a five-year period for certain sets of products manufactured by said subsidiary.

The Malaysian authorities have yet to determine the start date of this incentive.

Although a significant part of this incentive may be retroactively applicable to past periods, the company cannot guarantee that this is the case.

Due to the uncertainty of the period for which this incentive applies, you are currently unable to quantify the applicable benefit.