Excluding the strong fluctuations in 2020, value growth in June was the highest on record.

Exports increased in 9 of the 11 product sections and non-energy exports rose 5.5 percent.

The increase of C $ 2.1 billion, which accounted for almost half of the gain in total exports, was primarily attributed to a 25.7% increase in crude exports. 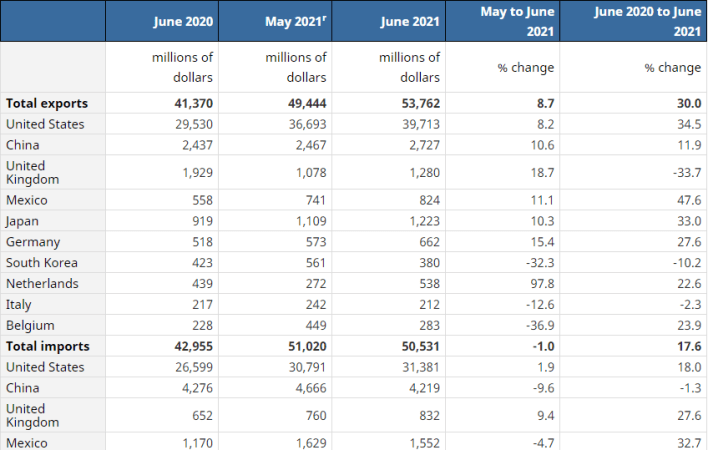 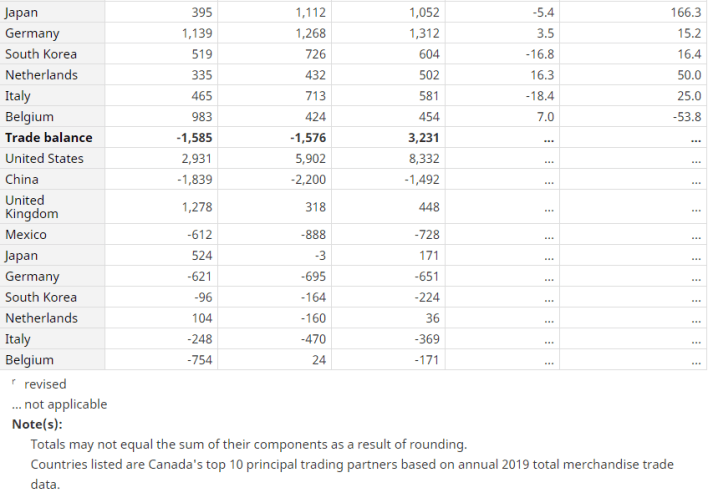 While crude oil prices rose in June, the increase in the value of exports was primarily the result of higher volumes, which rose after a slowdown in crude oil production in Canada in April and May.

Work stoppages at Canadian assembly plants in June were less severe than in April and May.

Despite the monthly increase, passenger car and truck exports remained more than 8% lower than in June 2020, when the Canadian auto industry had not yet fully recovered from pandemic-related lockdowns.

Exports of metallic and non-metallic mineral products increased 12.7% in June, to a record 6.7 billion Canadian dollars.

Exports of crude gold, silver and platinum group metals and their alloys, a category made up primarily of gold, contributed the most to the gain.

These increased 23.2%, mainly due to higher gold exports to Hong Kong and the United Kingdom.

Higher asset transfers within the banking sector and increased refined gold sales were behind these gains in June.

Likewise, exports of raw aluminum and aluminum alloys (+ 19.0%) increased in June, mainly due to higher exports to the United States and the Netherlands.