Braskem was positioned as the largest thermoplastic resin producer in America in 2020, according to IHS.

At the end of last year, the company produced thermoplastic resins in 29 plants in Brazil, six plants in the United States, two plants in Germany and four plants in Mexico.

Braskem is the only producer of ethylene, polyethylene and polypropylene in Brazil.

The company is also the largest producer of PE in Mexico and PP in the United States.

Braskem produces a diversified portfolio of petrochemical and thermoplastic products.

As of December 31, 2020, the company’s commercial operations were organized into three segments, corresponding to its main production processes, products and services.

In 2020, Brazil’s economy contracted due to the adverse effects of the Covid-19 pandemic. 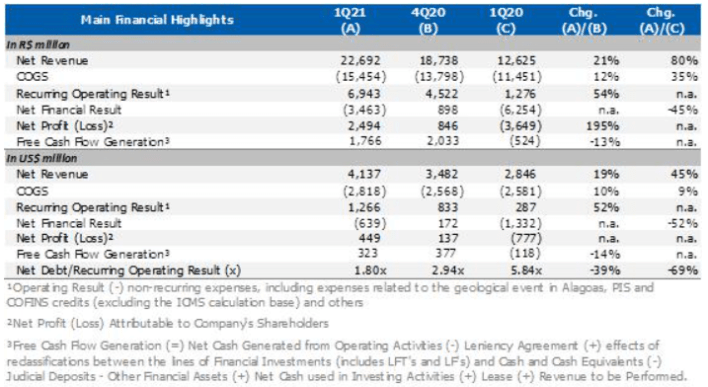 However, the demand for certain products such as packaging, consumer goods and in the construction sector increased due to the effect of restocking of supply chains and, as a result, the demand for Brazilian thermoplastic resins increased by 7.5% for polypropylene, 9.1% for polyethylene and 3.8% for PVC.

The company has the largest annual polyethylene production capacity in Mexico.

Likewise, Braskem competes in Mexico with a Pemex subsidiary and with polyethylene importers, mainly producers located in the United States and Canada.

At the same time, the company competes for export sales of its polyethylene products with producers in other Latin American countries and in markets in the United States, Asia and Europe.

The company’s export business is a commodity business, and Braskem competes with a variety of resin producers, some of which have greater financial, research and development, production, and other resources than that company.