The automotive industry led the growth of international trade in the world in the second quarter of 2021.

After registering a 10% year-on-year increase in the first quarter of the current year, world trade in the automotive industry soared 101% in the second quarter, with a low comparative base as a year ago there were factory closures in several of the main producing countries due to the Covid-19 pandemic.

However, according to a report by the World Trade Organization (WTO), the drop in trade in automotive products in June is unusually large compared to other categories of goods.

The decline could be related to the recent semiconductor shortage in the sector, which has disrupted car production around the world.

On this, the WTO highlighted that the category Integrated circuits does not show such a decrease. The reason? Integrated circuits may have been diverted to other uses during the pandemic (for example, consumer electronics), leaving limited supplies for automotive applications once production increased.

All in all, world trade in the automotive industry was ahead of trade corresponding to the iron and steel industry (+ 71% in the second quarter and + 18% in the first half) and the toys and games industry and sports teams (+59 and + 57%, respectively). 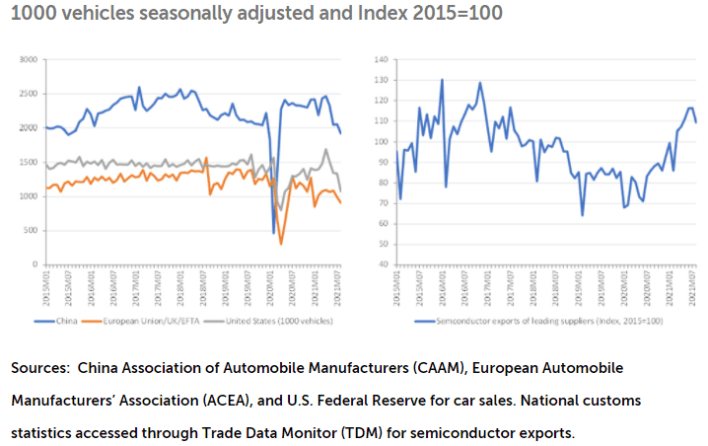 The global semiconductor shortage has recently disrupted supply chains in the automotive industry, leading to cuts in production and sales.

In recent months there have been declines in car sales in the United States, the European Union and China.

At the same time, semiconductor trade was falling long before the pandemic, but has recently recovered, which should help restore production of semiconductor-intensive vehicles.

Although major semiconductor producing countries have had outbreaks of Covid-19 recently, the problem appears to be a demand for chips that exceeds supply. 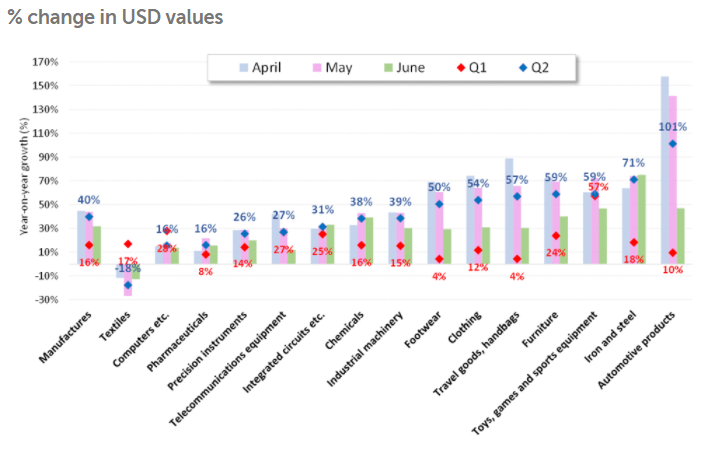 The latter, according to the WTO, suggests that trade in auto products may fall in the third quarter of 2021, but that such a decline will likely be temporary.