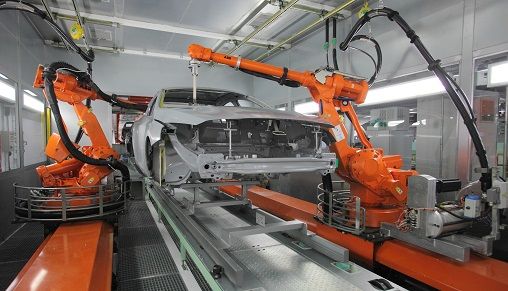 Mexico, among a few other countries, did not experience real wage growth associated with increased use of robots (automation), highlights a report released by the World Bank.

Above all, automation in Mexico has been associated with a fall in unit labor costs and a faster decline in activities that rely relatively more heavily on robotic automation than in industries with low robot density.

As a result, the report indicates that the automation phenomenon has mostly rewarded capital and contributed to the downward trend in the labor income share in the country.

Moreover, real wages in the highly automated automotive sector declined by 1.6% between 2011 and 2015, while real wages expanded by 1.5% in the manufacturing industry as a whole.

These results suggest that the overall distributional impact of robots may be adverse.

Also, the report posits that significant output effects due to technological adoption may lead to an overall positive expansion in employment among both lower-skilled and higher-skilled workers in Mexico.

These output effects are larger in the more highly tradable sectors that provide greater opportunities for output expansion.

However, sectoral effects determine the degree to which technological adoption by Mexican firms is included in wages.

These differences can be explained by the greater risks of automation of jobs in the service sector relative to the manufacturing sector.

Thanks to the continued use of technology by firms, wage inequality narrowed in both sectors, as low-skilled workers, rather than being replaced by technology, have become stronger complements to technological adoption.

As of June 30, 2022, the economically active population in Mexico aged fifteen and over was 59.8 million.

According to the Bank of Mexico (Banxico), during the second quarter of 2022, the average contribution base salary (SBC) associated with IMSS-insured workers presented an annual increase of 11.0% nationwide, higher than the 9.6% recorded in the previous quarter.

For August 2022, the SBC showed an annual variation of 11.5 percent. The north was the region that presented the highest annual growth in that month with 13.0%, while the south, north-central and central regions showed annual increases of 11.6, 10.7 and 10.9%, respectively.