Aleatica reported that it only invested 120 million pesos in the construction of the Atizapán-Atlacomulco highway from January to September 2021.

In the same period of 2020, the company made investments in capital expenditure on the Atizapán-Atlacomulco highway of 72 million pesos.

Thus, these investments registered a year-on-year fall of 74.6 percent.

As a precedent, on April 25, 2014, the federal government of Mexico, through the Ministry of Communications and Transportation (SCT) awarded Concesionaria AT-AT (a subsidiary of Aleatica) a Concession for the construction, exploitation, operation, conservation and maintenance of the high-specification Atizapán-Atlacomulco highway, with a length of 77.2 km. in the State of Mexico. This Concession is valid for 30 years.

Until the end of 2020, the company had invested 5.51 billion pesos in the Atizapán-Atlacomulco highway.

The objective of this highway is to connect the north and northeast of the metropolitan area of ​​Mexico City with Guadalajara-Morelia and Querétaro, through the construction of the Atizapán-Atlacomulco branch line. 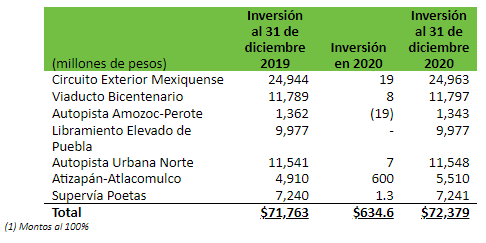 At the end of 2020, Aleatica indicated that the construction of the Atizapán-Atlacomulco highway is estimated to be able to resume as soon as the SCT has delivered all of the Right of Way and social problems are resolved. It is expected that it will be able to carry out the same during this year, to put the road into operation in 2023.

On the other hand, Aleatica invested 193 million pesos from January to September 2021 in the Circuito Exterior Mexiquense, already in operation.

In February 2003, the government of the State of Mexico, through the SCEM, granted the subsidiary CONMEX, a 30-year Concession to build, operate, exploit, conserve and maintain a toll highway system known as Sistema Carretero del Oriente del Estado de México, or Circuito Exterior Mexiquense, with a total length of approximately 155 km.

In general, the concession was strategically conceptualized to serve the large volumes of traffic that characterize the metropolitan area of ​​Mexico City and the State of Mexico. 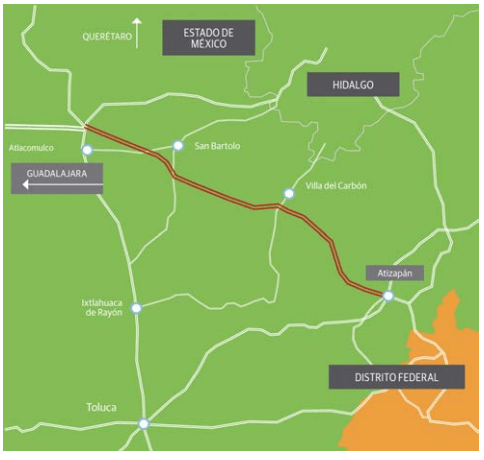 To measure: these two entities together represent 21% of the population of Mexico, 25% of the GDP of Mexico and 28% of the total number of motor vehicles registered in the country.

Aleatica has positioned itself as a relevant transport infrastructure operator in the industry within the metropolitan area of ​​Mexico City, both due to the number of concessions assigned and the number of highways managed.

The company operates infrastructure that covers the basic transportation needs of the national population through seven strategically located highways in Mexico City, the State of Mexico and the State of Puebla, as well as the Toluca International Airport.