The company Altos Hornos de México (AHMSA) reported this Tuesday that it recorded losses of 17.235 million pesos in 2020.

Also the previous year reported a negative balance in this indicator, with consolidated net losses of 7,214 million pesos.

“These facts indicate the existence of a material uncertainty that can raise significant doubts about the company’s ability to continue as a going concern,” AHMSA said in its report.

Likewise, to strengthen its financial situation, the Administration is analyzing financing options and / or capitalization alternatives, with which it is expected to improve cash flow in the short and medium term.

In summary, AHMSA is a subsidiary company of Grupo Acerero del Norte (GAN) and its main activity is the production and sale of flat steel.

In 2020, according to his own words, this steel company continued to be immersed in a complex financial and operational scenario, derived from both the stagnation of the national economy – aggravated by the Covid-19 pandemic – and the “negative impact caused by the actions of the Federal Government started in 2019 and which further affected profitability, flows and operating routines ”.

On December 8, 2020, a group of GAN shareholders entered into a sale and purchase agreement with the company Alianza Minerometalúrgica Internacional for the sale of 55% of GAN’s shares, leaving the operation subject to compliance with various conditions precedent.

These conditions include obtaining the corresponding authorizations from the competent authorities, including the Federal Commission for Economic Competition (Cofece), conditions that have not been met to date.

In another aspect, on January 13, 2021, AHMSA agreed to pay the amount of 216.6 million dollars in a period of four years as a reimbursement that the Federal Government demands for the sale and purchase operation of the Agro Nitrogenados petrochemical complex, which is is being implemented before the corresponding authorities.

In a third case, on June 18, 2020, unilaterally, the Federal Electricity Commission (CFE) notified MINOSA through its marketer CIC Corporativo Industrial Coahuila, the cancellation of the thermal coal supply contracts for the power plants. thermoelectric plants, located in Nava, Coahuila.

This decision led MINOSA to suspend totally and indefinitely its mining operations for the production of thermal coal, as well as to proceed to the liquidation of the staff of the MICARE Unit, which includes 2,000 workers and employees in Mexico, and 400 in Texas, from his company Dos Repúblicas Coal Partnership, which has already been applied in several of the production processes of the MICARE Unit. 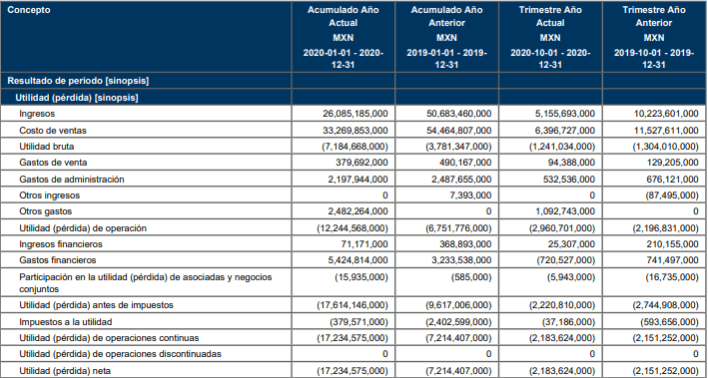 Lastly, the AHMSA and Minera del Norte companies were called on strike by the National Union of Metallurgical and Similar Mining Workers of the Mexican Republic.

The labor courts will be in charge of deciding on this matter, while operations continue on a regular basis, except in the Micare Unit (section 293), in technical stoppage due to the cancellation of the coal supply contract described above.