Mexico has comparative advantages and disadvantages to face the pandemic of the new coronavirus, COVID-19, pondered Bart A. Pattyn, interim general director and crisis manager of Bart A. Pattyn Management b.v.

From one angle, there is a high level of diabetes in the Mexican population, along with cardiovascular complications and being overweight, and “the group of vulnerable people in cities is huge.” 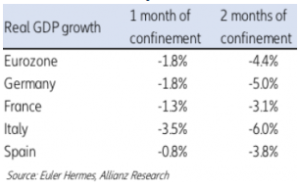 On the positive side, the average age of the Mexican population is young, and the group of truly vulnerable people (> 65) is quite limited.

According to Pattyn’s estimate, assuming that the spread of the virus follows the same patterns as in Europe (even with a two-week delay), about 2,500 intensive care beds with oxygen ventilators will be needed in Mexico City in mid April.

Social isolation is difficult to impose in the cities of Mexico, since most employees and workers need to be outside to earn a daily salary to cover basic needs such as food. The social safety net and individual savings are very limited.

From an economic point of view, the global recession that is brewing at this time will deeply affect Mexico.

An immediate side effect of the global recession is the price of Mexican crude oil. Fortunately, there is a hedging mechanism to protect Mexico’s income in the short term.

Throughout this framework, Pattyn summarized, the specific problems with security in some parts of the country, the limited control of the linked government, the political climate that does not lead to private investments and the large informal economy (just below 60% of workers) complicated the generation of wealth before the health crisis broke out.

Mexico declared a health emergency only on March 31, at least 2 weeks late. Testing for the SARS-CoV-2 virus is still very limited.

Grupo Rotoplas increases its sales by 2.2%