The SCT anticipated that the Mexican government plans to build a new customs office in the Port of Veracruz.

First of all, the concessionaire of the Port of Veracruz is the Mexican mercantile company called Administración Portuaria Integral de Veracruz (APIVER), a parastatal company of the Federal Public Administration.

The construction of the new customs office in this port is included in the six actions that the SCT plans to increase the movement of cargo in API Veracruz.

The 7 business lines served by the Port of Veracruz are the following:

This tonnage places the Port of Veracruz in third place nationally.

The main goods transported in this segment are: basic consumer products, from the automotive industry and inputs from the clean industry, whose main origins and destinations are the central area of ​​the country.

It represents the second business segment of the port; However, with a cargo volume handled in 2019 of 7.42 million tons, it places it in the first place at the national level.

This segment is made up of different products of agricultural origin destined to raw materials for food production and forage or for the production of animal feed, all these imported products, the most significant being corn, wheat, soybeans and rice, which represent 82% of the total cargo handled in this area.

Only corn participates with 39 percent.

In this business segment, the Port of Veracruz is clearly an importer.

This segment is made up of three large product groups: the first is made up of fertilizers, pet coke, iron pig iron, scrap iron, iron briquette, each one participating with 37% 28% 13% 13% and 9%, respectively.

It is worth mentioning that this line of business affects three types of industries installed mainly in the state of Veracruz and in the central area of ​​the country: metallurgy, cement and agriculture; In addition, the port has developed specialized infrastructure for its operation and has three specialized facilities for its handling and storage.

In this line of business, the Port of Veracruz handled 1.79 million tons in 2019, representing 6.3% of the total handled (without considering vehicles).

The relationship between import and export in this segment is very balanced, with 54% and 46%, respectively.

The most significant products operated in this area are: steel, both imported and exported, as well as pipes for the oil industry and machinery.

This business segment corresponds to a subdivision of general cargo that is transported in specialized roll on-roll off vessels.

It belongs to a relevant load for both the national economy and the port due to its relationship with the supply chains it has with the automotive industry.

Mexico, there are just over 21 assembly plants of different commercial brands that assemble and export automobiles to various international destinations, which together with imports, places Veracruz in the first place in this sector, mobilizing to date just over 49% of vehicles that are handled by sea nationwide. 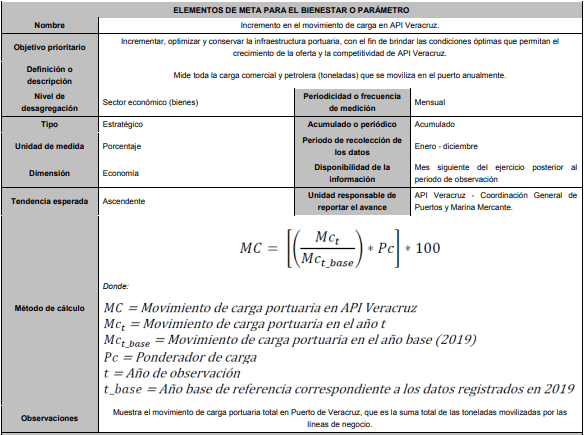 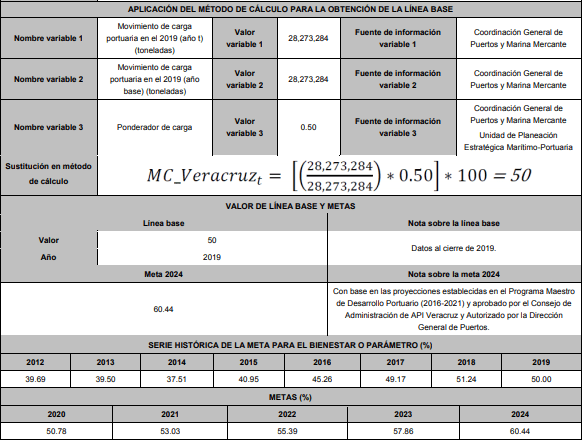 The companies that transfer this type of cargo for import are basically those installed in Europe and their distribution is nationwide, although the distribution centers are concentrated in the central area of ​​the country; In the case of export cargo, this traffic is carried out basically to the United States, Central and South America.

This business segment is made up of different products of both vegetable origin and chemical products, with vegetable oils being the most significant. Chemicals are spread in a large variety with little volume. In this area, 1.27 million tons were handled in 2019, which represented 4.53% of the total handled.

In this business segment, the port handled 2.64 million tons in 2019, representing 9.3% of the total handled. This segment is operated mainly through inbound cabotage traffic and is basically made up of three products: diesel, magna gasoline and Premium gasoline.